By 2006, when NARA was officially launched, the work of putting together an industry advisory council had already taken place.  However, for NARA to really have a chance to succeed it was going to take someone with a great deal of passion for this program and a high profile to attract the attention of a vast racing industry.

Although McCarron retired from NARA in March 2015, BCTC, NARA and the racing and breeding industries will always be thankful for all he has done to help grow NARA into the successful program it is today.

"I cannot begin to tell you how excited I was to have been part of the creation of the first racing academy in the United States. As odd as it may seem, although the United States offers one of the best breeding programs and conducts some of the finest racing in the world, its racing industry has never had a formal training program for professional race riders. Welcome to the North American Racing Academy." - Chris McCarron, Hall of Fame jockey and Founder of NARA 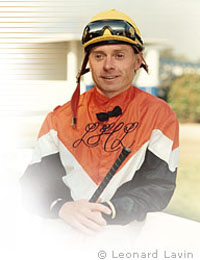