Since 2006, under the guidance of Kentucky Community and Technical College System (KCTCS) and, now Bluegrass Community and Technical College (BCTC), the North American Racing Academy (NARA) remains the centerpiece of BCTC Equine Programming and is the only college level accredited professional jockey school in the United States. Yet, beyond simply preparing young men and women for careers as professional jockeys, NARA is now equally dedicated to the preparation of students for careers focusing on the care, training and management of horses as well.

Today, NARA is redefining itself as an overall Equine Industry Workforce provider and is now able to provide horsemen and horsewomen in the horse racing and breeding industries with a reliable and well-trained source of multi-skilled workers.

Since 2006, whether as a jockey, exercise rider or horseman, over 80% of deserving BCTC-NARA students are successfully placed in either internships or full-time entry level jobs with some of the racing and breeding industries top horsemen and horsewomen, including perennial industry leaders like Todd Pletcher, Steve Asmussen, Jonathan Sheppard, Ken McPeek and Graham Motion as well as top farms like Winstar and Lane s End farms.

NARA students can pursue either a two-year associate degree diploma or a one-year certificate program which offer pathways specializing in the riding, care, training and management of race horses or race horse operations. 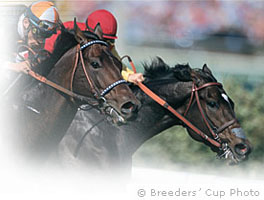 The idea of a jockey school in the United States first came to Hall of Fame jockey Chris McCarron in 1988 after he spoke before the Japan Racing Association' s school for professional riders. He was very impressed with the program offered by the JRA, which consisted of riding lessons as well as academics such as math, science, and language.

Two years later, while recuperating from an accident from which he sustained two broken legs and a broken arm, Chris began to wonder what he would do after his riding career was over. After discovering that virtually every country in the world that offers Thoroughbred racing except the United Sates requires its jockey license applicants to attend and complete courses at a recognized school for jockeys, he knew what he wanted to do. When Chris finally retired from the saddle, he started the planning process to establish a top-class school for jockeys. However, he was sidetracked twice once while he was working on the production of the feature film Seabiscuit and then as general manager of Santa Anita Park.

Chris has engaged the assistance of several people experienced in the business side of the racing industry and has assembled a very impressive board of directors. The end result is a demonstration of industry-wide support for this very much-needed program of formally teaching the future stars of the riding colonies in North America and potentially the world.

For more information about NARA, please visit our FAQ page or contact us online.